The Upper Brushy Creek Water Control and Improvement District (WCID) was created to help control erosion and reduce flooding. The District spans from Leander eastward to Hutto and is home to over 400,000 people and more than 20 District-managed dams. 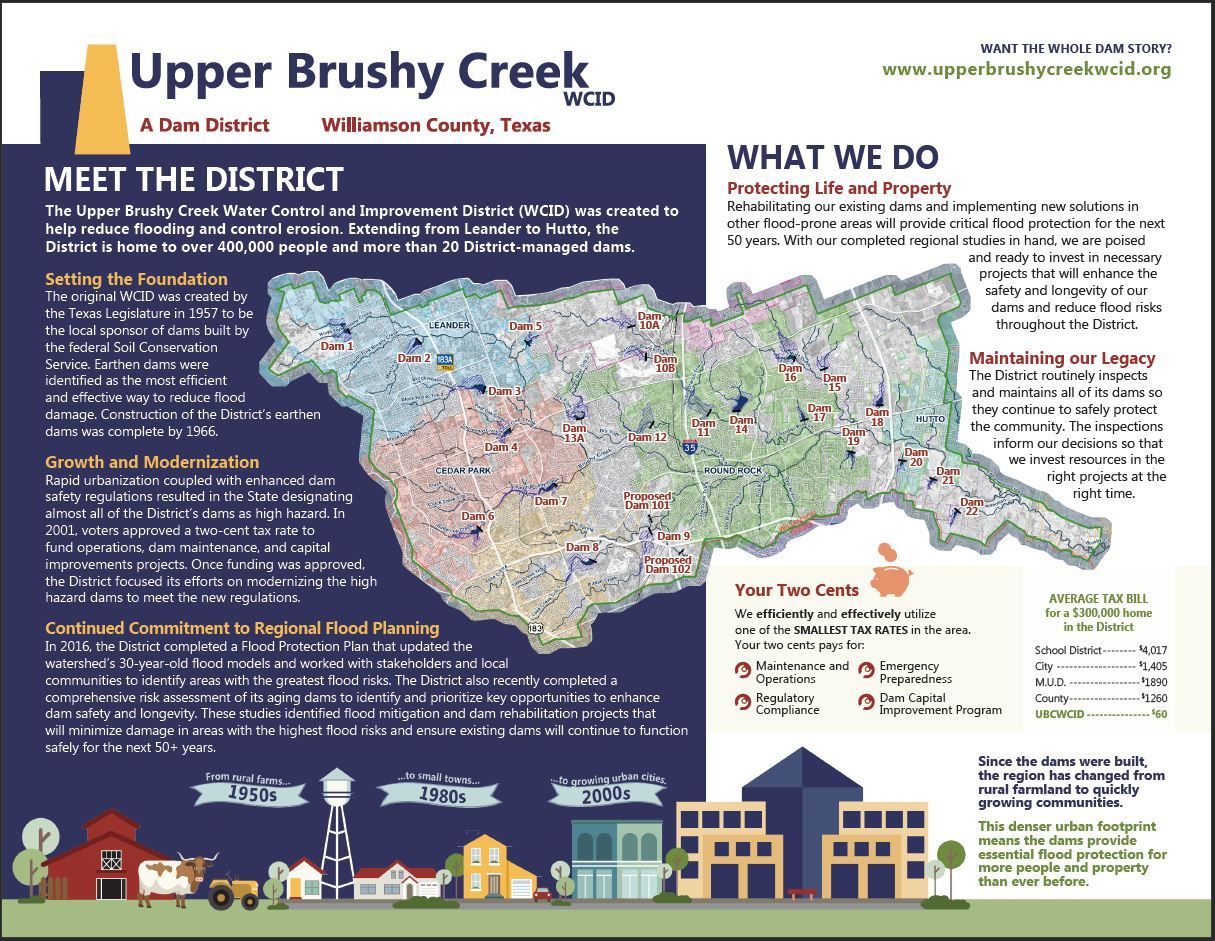 The original WCID was created by the Texas Legislature in 1957 to be the local sponsor of dams built by the federal Soil Conservation Service. Earthen dams were identified as the most efficient and effective way to reduce flood damage. Construction of the District’s earthen dams was complete by 1966.

Rapid urbanization coupled with increased dam safety regulations resulted in the State designating almost all the WCID dams in the District’s western half as high hazard due to downstream risks. The designation drove voters to split the District into the Upper and Lower Brushy Creek WCID. In 2001, the Upper Brushy Creek voters approved a two-cent tax rate to fund operations, dam maintenance, and the Capital Improvement projects.

A few years ago, the District achieved the first comprehensive update to area flood models in more than 30 years. Those models, collaboration with city and county partners, and community feedback were leveraged to develop a Flood Protection Plan. The Plan identified areas with the greatest flood risks within the District and potential solutions to reduce risks and flood damage in those areas.  In addition, the District recently completed a comprehensive assessment of its aging dams to identify and prioritize key projects that enhance dam safety and longevity.

The District’s next steps include rehabilitation of the aging dams to ensure they continue to safely provide the much-needed flood protection for the next 50+ years.

The District also continues to assess and collaborate on regional-scale solutions that would protect lives and minimize property damage from creek flooding.